Full Name
Chief Cadmus Delorme
Job Title
Chief
Company/ Organization
Cowessess First Nation
Speaker Bio
Chief Cadmus Delorme, a Cree and Saulteaux, is the Chief of the Cowessess First Nation. Chief Delorme graduated from Cowessess Community Education Centre in 2000. He later moved to Regina to pursue a Bachelor of Business Administration and a Certificate in Hospitality, Tourism and Gaming Entertainment Management from the First Nations University of Canada (FNUniv), and a Master of Public Administration from the Johnson Shoyama Graduate School of Public Policy. Recently, he has completed an Institute of Corporate Directors designation.

In 2012, Chief Delorme received the Queen Elizabeth II Diamond Jubilee Medal, recognizing his student leadership and the hospitality he showed to Prince Charles and his wife Camilla, Duchess of Cornwall, when they visited FNUniv. He was also named one of CBC Saskatchewan’s Future 40, which celebrates the province’s new generation of leaders, builders and change-makers under the age of 40.

In 2019, Chief Delorme was re-elected to a second term in office. Under his leadership, Cowessess First Nation has focused on economic self-sustainability for its nation and people and has moved forward on renewable energy, agriculture, efficiency in land use initiatives that have created both current and future business opportunities.

This past year, Chief Delorme faced one of the hardest moments as Chief when the Saulteaux and Cree First Nation made international headlines with the discovery of potentially 751 unmarked graves near the former Marieval Indian Residential School. Shortly after, Cowessess made headlines again as the first First Nations community to sign an agreement with Ottawa that returns jurisdiction over children in care to the community. Federal legislation overhauling Indigenous child welfare was passed in 2019 and came into force last year.

Chief Delorme lives with his wife Kimberly, brother-in-law, daughter and two son’s on Cowessess First Nation.
Speaking At
The Power of Education in Advancing Reconciliation 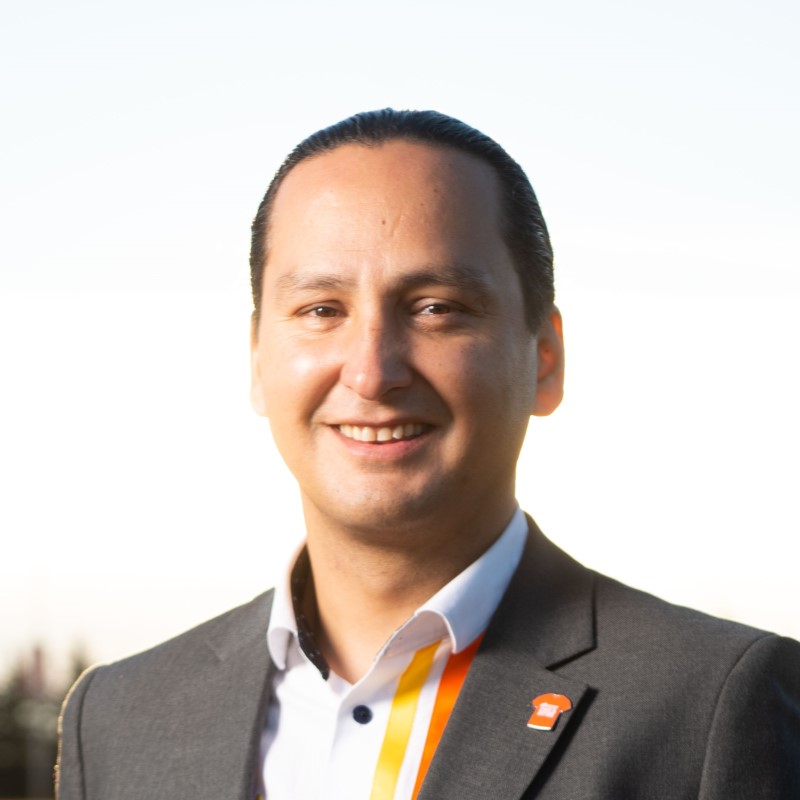